It is one of the more remarkable features of the Tesla Model S electric luxury sedan: door handles that retract flush with the body until needed.

Tesla cars have sleek design features that have been widely praised, such as hidden door handles. But some drivers find the handles and charging ports are getting stuck in the blast of dangerously cold weather that’s blanketing much of the U.S. But the retracting door handles proved tricky in practice; owner of early Model S cars reported that quite a lot of them had to be replaced under warranty.

Tesla drivers took to Twitter and social media this week to gripe about frozen wipers, side mirrors and door handles that prevent them from getting into their cars.

Tesla isn’t unaware of the issue and has issued some tips on operating their vehicles in below-zero temperatures.

The door handles, which are typically flush with the door panel when not in use, can freeze in a way that prevent drivers from being able to open the car door.

Twitter user @sarahthanif uploaded a video Wednesday of what she said were frozen door handles on a Tesla Model 3.

“I love you but can you hire a designer/engineer from places where the weather gets bad so that we don’t have to deal with bad design like this again??” she tweeted. 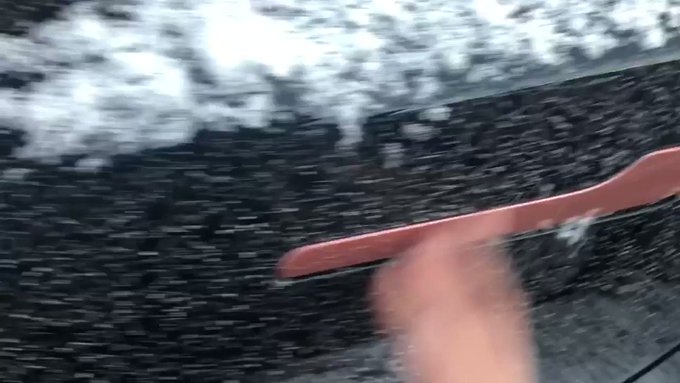 .@elonmusk .@Tesla I love you but can you hire a designer/engineer from places where the weather gets bad so that we don’t have to deal with bad design like this again?? This is after 30+ minutes of preheating the car to 80 degrees. Also wipers and side mirrors were frozen too

The company also advises drivers to use the cars preconditioning feature to warm up the car to melt ice on the door handle.

Though Tesla is based in the San Francisco Bay Area, the company has a winter driving facility in Alaska, where it tests its cars in cold conditions.

The situation has inspired a few unconventional if innovative solutions. One YouTube user has written a video giving his own tips on how to free frozen side mirrors, door handles, and charging port hatches.